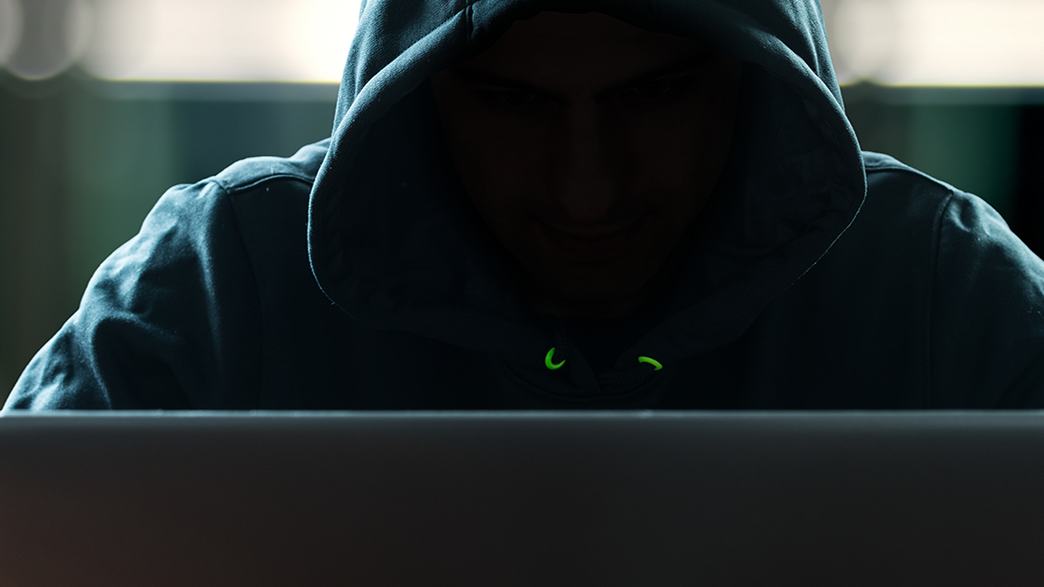 Sometimes it’s a single digit that can lead to a costly error or actually be an attempt at fraud. For example, imagine a case where two invoices from a vendor arrive within a few days. They contain the same items, the same amount due, but the date and invoice numbers are different. For whatever reason, an identical delivery was billed twice. Now picture the AP team trying to catch up with a flood of paperwork and erroneously entering those two invoices for approval, assuming at a quick glance that they are for two separate orders.

This situation happens more often than we think and, while such mistakes may slip through when large sets of invoices are processed manually, such dupes and attempts at accounts payable fraud don’t stand a chance when using an intelligent AP automation platform that relies on artificial intelligence (AI). It’s a powerful technology that is changing all types of business processes, particularly the finance function, making things run more smoothly and weeding out errors that otherwise lead to increased labor costs and affect the bottom line.

Why AI? Because it offers a solution to many problems encountered in daily operations. The technology is maturing fast and can stand on its own, working its magic without human intervention.

Accounting departments have realized they have a new weapon in their battle against duplicate or fraudulent invoices. Data from an Insight Big Data report shows that the most widespread use of artificial intelligence in accounting services pertains to fraud detection, with 58% of businesses saying they’re using it for this purpose. It’s by far the most important application of AI in the finance function, followed by data analysis as a distant second.

The reason is simple: Software algorithms that can scan and parse very large datasets in seconds are much better than overworked humans at detecting unusual patterns and incoherent data or finding almost every one of the proverbial needles in the haystack.

Fraud and error detection, though, is only one aspect of the power that AI brings to AP automation. Finance and accounting departments are implementing this technology for a wider purpose: to increase overall productivity and gain better visibility and transparency into their entire AP workflow.

And the firepower of AI keeps growing at an unprecedented clip. When researchers from the University of Aberdeen in the UK recently tallied the increase in capabilities of artificial intelligence, they came to a stunning conclusion. While the now famous Moore’s Law states that the compute power of microchips roughly doubles every one to two years, AI systems since 1959 have doubled their wits every six months. In other words, without question artificial intelligence easily beats the world’s biggest and best supercomputers.

What’s more, these functionalities are now available in the cloud, on demand and at low cost. Little wonder that companies of any size want to plug into this impressive technology to supercharge their AP processes with the most innovative tools available.

Before we get into the nuts and bolts of how AI catches duplicates and frauds, it’s worth briefly defining the model relationship between AI and its subsets of machine learning and deep learning, and what they are capable of. You can think of those three areas as nesting dolls.

Artificial intelligence, broadly speaking, is about developing computer systems that can perform tasks normally requiring human intelligence. Machine learning is a subset of the field that takes this idea one step further, giving software the ability to learn without being explicitly programmed for a task. This feature is the equivalent of a computer’s way of learning by doing.

Go one step further, and we’re talking about deep learning or employing algorithms with a brain-like logical structure that are capable of automatically hashing out and dealing with new and previously unseen situations. Experts call those set-ups artificial neural networks (ANN). What makes those particular approach methods so appealing is the fact that software can draw on large training datasets to make observations and draw conclusions without a guiding hand.

No More Duplicate Data Slipping Through

Which brings us back to accounts payable automation. AI-driven AP automation solutions such as Yooz can learn as fast and as accurately as an experienced human, just by working their way through large sets of invoices. Millions of them, to be precise.

As a cloud-based platform that’s continuously improved and tweaked, Yooz has read and analyzed more than 100 million invoices from more than 100,000 different vendors in the US and 30-plus other countries. That’s quite possibly the largest AP training set of its kind, giving the platform’s algorithms a sizable lead over similar solutions. There’s hardly an invoice format, image, or template that the system hasn’t seen.

This rich and deep experience unlocks immediate benefits for all businesses capturing, reviewing, approving, and paying their invoices that way. A smart platform will capture invoices from any channel - from paper and fax to email and structured electronic formats - and prepare them for swift data extraction.

The intermediate step to cut down on errors and fraud is invoice scanning OCR technology, short for Optical Character Recognition. Once the system has captured or read all information contained in an invoice, character by character and digit by digit, column by row, machine learning can get to work, independently making sense of the data. It’s this unique combination of OCR with machine and deep learning powered by big data that allows an organization to implement accounts payable workflow automation.

Unstructured data contained in a Word document or PDF is indexed and automatically assigned its correct value for further processing, be it a date, invoice number, bank account information or a corresponding PO number. Cutting-edge AP automation leverages machine learning and deep learning to predict and map data from those inbound documents to the correct fields with as little interaction for AP staff as possible, also known as straight-through processing.

At any step of the way, machine learning algorithms are paying careful attention, keeping an electronic eye out for exceptions in the form of missing or potentially erroneous data, including duplicate information.

Yooz, for instance, performs two checks for duplicate detection in the invoice approval process. When the invoices are first imported, the system checks to make sure that the file name isn’t already in the system, while the second step looks in detail at the invoice number, the amount, and the vendor submitting the document. It’s worth noting that this second step in the approval workflow can be configured according to the organization’s needs. This is done on a case-by-case basis, each import is considered a unique sample set.

Fraudulent submissions are weeded out when the AP automation platform verifies documents to rule out an invoice or order isn’t forged and authenticates the original document. Usage data serves as the large and constantly growing reference library (or live training set) to make sure that duplicates don’t slip through, and that all data points are consistent.

Imagine the opening example of two identical invoices that only differ by invoice number. Even though they have been assigned different file numbers when they were first captured, these dupes will set off the alarm and be set aside as an exception that gets flagged and will call for a human set of eyes. Simply put, when you have machine learning duplicate data is caught quickly, right at the start of the invoice workflow process.

Why Fraudsters Are No Match for Machine Learning

The same goes for catching fraudsters who sometimes submit an invoice that looks legitimate but requests payment to a new bank account. AP automation will detect the anomaly and trigger additional checks from the AP team and the vendor before such a suspicious invoice will be approved, let alone paid.

As a result, your AP team has time to focus on the things that count and really add value, such as reviewing exceptions and working with vendors to optimize the AP workflow going forward.

That has an immediate effect on the bottom line, as Ardent Partners remarks in its recent report “AP Pulse on the Midmarket 2022.” More than half of all midsize organizations surveyed consider invoice exceptions as their top challenge, since almost 1 in 4 invoices are flagged for bad or missing data.

As a result of faults, AP staff spend almost a third of their time working with suppliers to fix invoicing, processing and payment errors. Add the cost of duplicate or fraudulent payments to this mix, and it becomes obvious that AP automation powered by AI can make a material difference.

The issue has recently become even more pressing when departments had to deal with accounts payable remote work arrangements and staffing shortages. During the pandemic, fraud attempts shot up significantly, with 38% of companies polled by Ardent reporting a fraud attack in 2020.

“Not all attacks were successful but it is clear from their sheer number that the risk of payment fraud attacks will be part of AP’s ‘new normal’ and that strategies and tools designed to thwart it will become more important,” Ardent concludes.

Smart and secure AP Automation is the premier tool to rise to the dual challenge of fraud and duplicates. That’s because the system treats each invoice as a type of self-tutorial, getting smarter with each one that it sees. As the word “learning” implies, deep learning software will observe the AP workflow and independently come up with and suggest fixes to plug dangerous and costly holes. Along the way, every data point is indexed and becomes searchable in a browser or mobile device, creating a digital audit trail.

Machine Learning Saves You More Than Time and Money

All of these functionalities powered by AI add up to more than just saving time and money in your daily operations. AP automation generates actionable, real-time financial intelligence for the entire organization. That’s how best-in-class AP departments make better decisions that go beyond cutting back on fraud and errors.

Catching that duplicate invoice early on, then, has a direct impact on your company’s productivity and competitive strength. Not automating is the one error you really can’t afford. 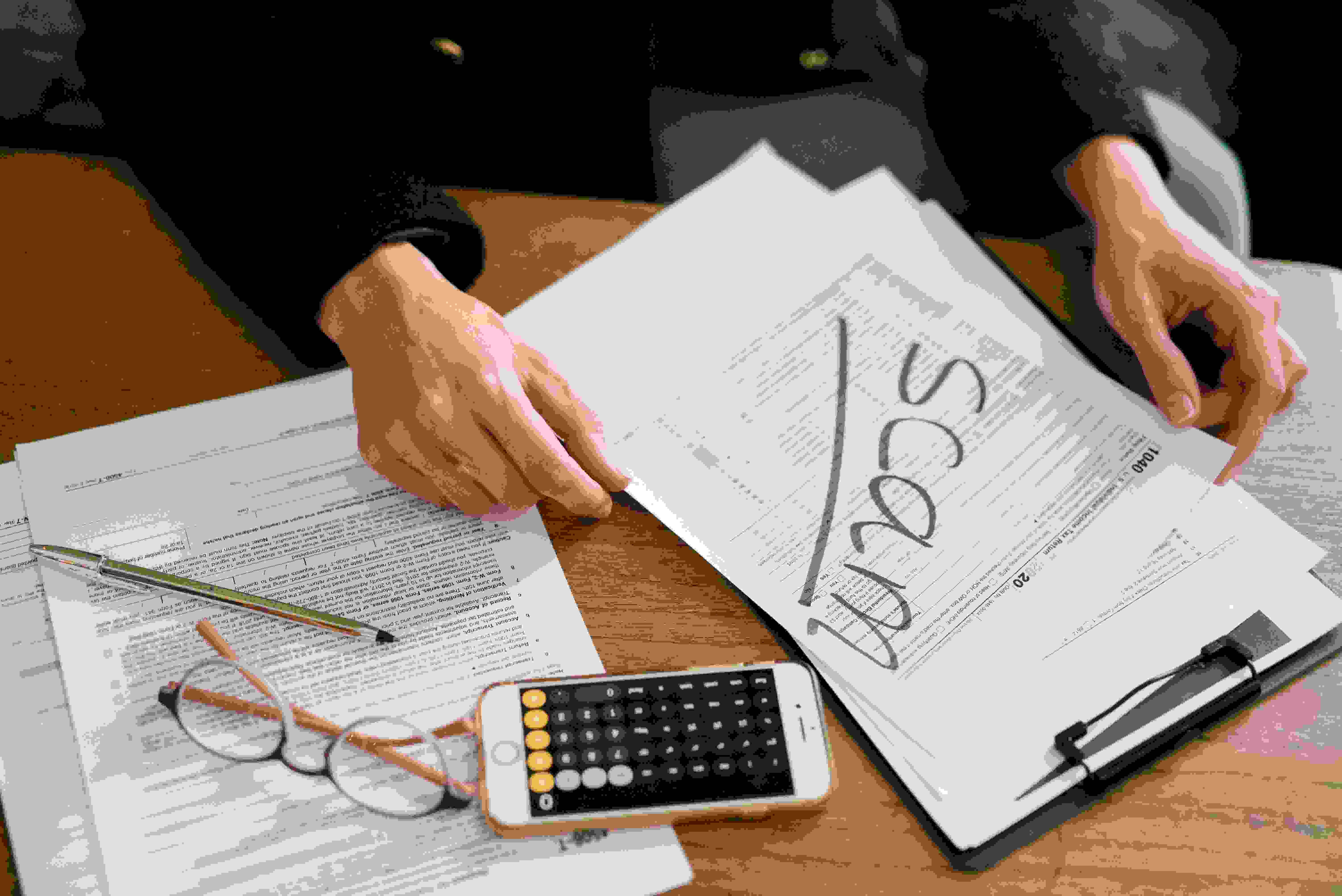 Protect Your Business from Fraud: Mitigating the Risks

Who Benefits from AP Automation?